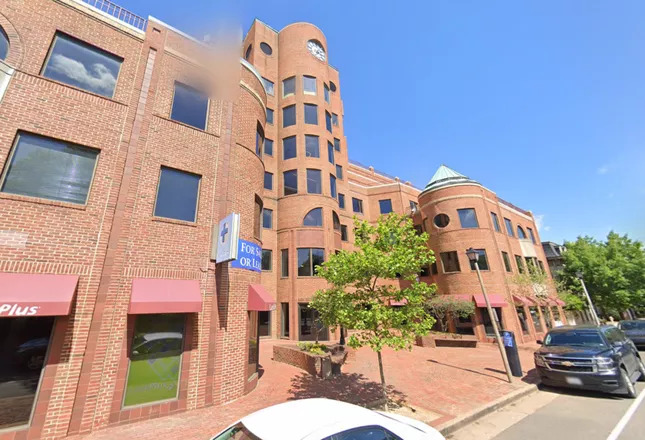 American Real Estate Partners has acquired an office property on King Street in Old Town Alexandria that it plans to convert to apartments.

AREP plans to begin construction at the 200K SF office building at 1101 King St. in July 2023, the developer announced Monday.

“We are thrilled with the acquisition of 1101 King," AREP CEO and co-founder Doug Fleit said in a statement. "This asset illustrates AREP’s strategy of looking for special properties in vibrant and emerging locations that can be repurposed for residential use."

The developer filed a permit application for the conversion project in April when it was under contract for the acquisition, the Washington Business Journal reported at the time.

The property had seven office condominiums that AREP acquired separately, and it restructured the leases to allow it to redevelop the building. The property also contains ground-floor retail tenants Orangetheory and Paris Baguette, which the developer plans to keep on board through construction.

Once completed, the property is slated to contain about 200 apartment units and more than 17K SF of retail. Fleit said the building is four stories taller than its neighbors in sections and provides deep terraces with views of the city.

"It is a one-of-a-kind asset that can never be replicated," Fleit said.

Amenities expected for the building include shared hybrid workspaces, a rooftop terrace, a fitness center and concierge services. AREP also said the units will be larger than average and contain in-home workspaces.

The project is the latest in a series of office-to-residential conversions to move forward in Alexandria, which led the way in the region on the trend that has now become more prevalent in the District.

AREP acquired the property through its Strategic Opportunity Fund III, which is 60% deployed. The fund is focused on a variety of property types in East Coast markets, and it is targeted to invest in $1.5B to $2B in total asset value, according to the press release.

The developer has been making expansions into the D.C. suburbs lately, including through a joint venture data center portfolio with Harrison Street. In November, AREP Managing Director John Chesley also touted the firm's work in Arlington County, saying it was important to continue to add housing in Northern Virginia as more employers arrive in the growing suburbs.

"With the challenges of the return to work, you need to be closer to home," Chesley said. "You don't want to sit in a car."